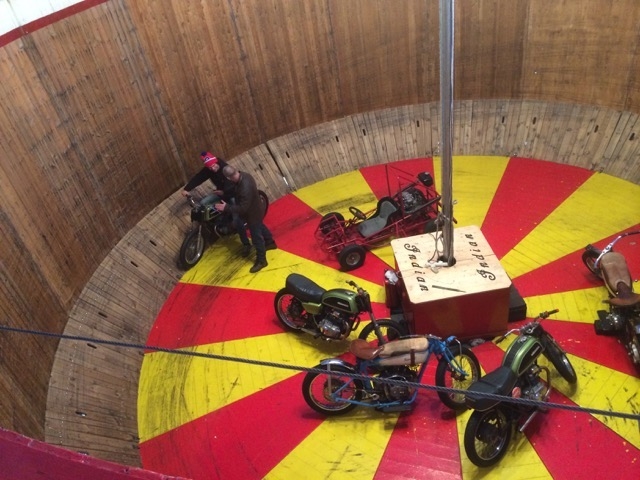 DAFT things started to happen when all the Jeremy Clarkson stuff kicked off and it became clear he was getting the boot from Top Gear. Loads of rumours started that I was going to replace him. It was all a load of rubbish at first — just bookies putting out odds to get gullible people to part with their money — but then Chris Evans got involved with Top Gear and Andy Spellman [Martin’s manager] got a phone call from some gadgie at the BBC saying that Evans wanted to talk to me and that I could do one show, do all the shows, do what I wanted, as long as I was in Top Gear.

I didn’t say no straight away, but the more I thought about it, the more I knew it wasn’t right for me. For one thing, if I did it, I’d always be compared with Clarkson . . . Another reason not to do it was because the BBC man said it was the biggest television show in the world.

How many presenters would turn that down? Not many of them, but I did. I’m not being cocky, but I can turn down the biggest TV show in the world because TV work is not my big picture. I sometimes whinge about the amount of attention I’m getting at the moment — imagine how bad it would be if I were on Top Gear. I couldn’t go and race a Harley-Davidson chopper at Dirt Quake on a quiet weekend, could I?

Top Gear might pay squillions of pounds, but what do I want all that for? I can earn enough for the life I want fixing lorries and doing a few other bits and pieces. In any case, we’re doing our own thing and North One Television is on our wavelength now. It’s the only production company I’ve worked with, and it’s come up with its best idea. It’s the best idea anyone’s come up with — the wall of death.

I’ve done a lot of interesting stuff in the process of filming the Speed with Guy Martin television shows, but some of it has been a bit dangerous. Cycling blind at 112mph on a beach, in the slipstream of a racing lorry, got the heart pumping. Flippin