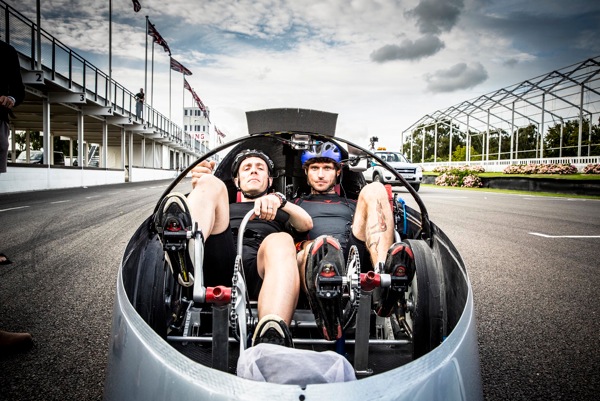 Four part series beginning at 8pm on 26 October on Channel 4.

Speed junkie, motorcycle racer and lorry mechanic Guy Martin loves pushing the boundaries of speed in search of a buzz. So much so, he’s back with a second series of Speed with Guy Martin in which he takes on four new speed based challenges. Whether it’s racing a motorbike at altitude or breaking the speed record for a hovercraft, Guy will seek to find out what makes things go fast by getting his hands dirty in a range of unique engineering projects. To do this, he will have to harness cutting edge science, learn new skills and call on the support of some of the unsung heroes of British industry using the best of our design and engineering talent.

Joining forces with a fellow long distance mountain biker, Guy will aim to set the record for furthest distance covered in 24 hours on a tandem recumbent. He will need to study the science of nutrition and exploring how the body reacts to endurance sport as he pushes his own to its limits.

Guy will attempt to win the motorbike class at the 2014 Pike’s Peak International Hill Climb – an annual motorsport event held in Colorado, USA. Racing to an altitude of over 4000m, he will learn about the science of producing power in thin air.

Guy will attempt to break the outright speed record for a hovercraft. He’ll learn how to harness lift and thrust for maximum speed and find out how a world-first active aerodynamic system should provide extra stability.

Using just gravity, Guy will aim to achieve 84.4 mph setting a new record for the fastest speed achieved by a ‘Gravity Racer’- a motor-less vehicle which is raced on a downhill road.  He’ll learn lessons from nature on how to produce the most streamlined shape for his racer to ensure maximum speed.