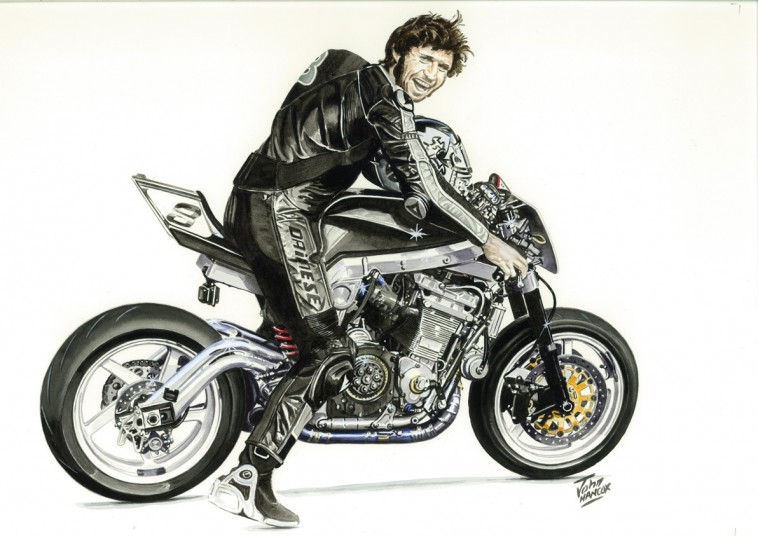 Plenty of folk have been asking what I’m up to this year.

I fancy a change of scenery. I’ve been racing the TT for 11 years. All I’ve really done since I was 18, except the trucks, is race motorbikes and my brain needs something else. Every year’s the same: testing, racing, then start again. It brought it home to me when I was lying in hospital after the Ulster Grand Prix crash. I’ve been on about the Tour Divide, the toughest pushbike race in the world, for three years and I thought I’ll blink and next thing I’ll be 45, so I’m going to do it this year. I like breaking myself mentally and the Tour Divide will be tough, but it’s same time at TT, so that’s forced me to make a choice.

I’m not done with motorbikes. I’m attempting the Wall of Death record in the spring and having a go at the land speed record in the summer and if I do race on the roads it will be with TAS.

After the Tour Divide I might never want to see a pushbike again – or never want to go road racing again, I don’t know. But I do know Bruce Anstey and John McGuinness are still racing the TT, and they’ve got a few years on me, so maybe I’ll come back next year. Or maybe I’ll find something else interesting to do. I’ve got more interests than just motorbikes and I just think let’s bloody have ‘em.

Thanks very much as ever for the support.