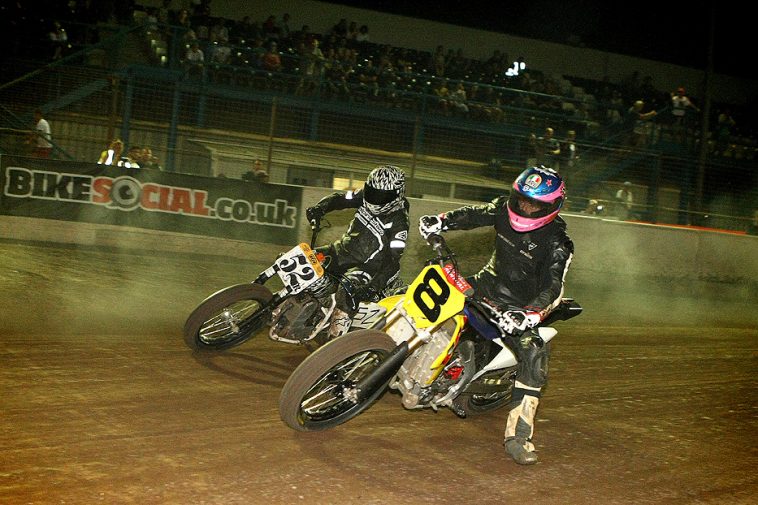 Last weekend, Guy raced at the two-day Dirt Quake meeting, organised by his friends at Sideburn magazine, at the Norfolk Arena, King’s Lynn.

On Friday night he raced in the Dirt Track Riders Association Restricted and Pro class. Riding the very Suzuki RMZ450 that repeatedly sunk to the bottom of a Welsh lake during filming for the last series of Speed, he won his class.

The next day he competed on a 1200cc Harley Sportster, supplied by Krazy Horse of Bury St Edmunds. The V-twin had a rigid rear end and high, keystone bars. Guy lined up for three 4-lap heats against 12 other chopper riders from across the UK and Europe and won again!

In between he won the Dash for Mash (prize – a crown full of mashed potato), waved off the kids’ one-lap bike race and marvelled at Colin Furze’s pulse-jet-powered shopping bike.