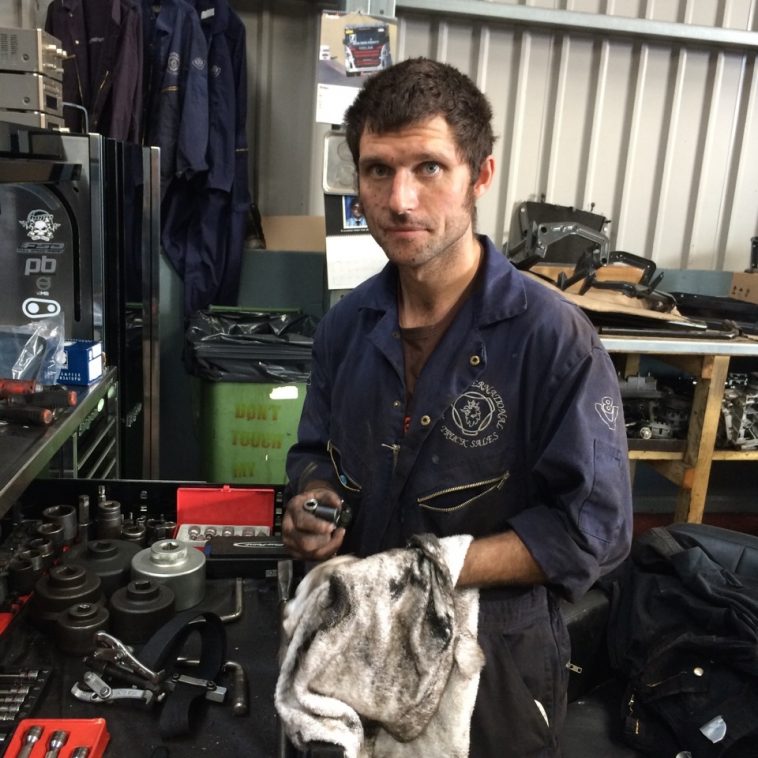 no images were found

“I’ve had my head down for a few weeks, because I didn’t want the world knowing I spannered myself, but it turns out the world already knew. I also wanted to make sure that anything you heard was straight from the horse’s mouth.

“I’ve had over 100 cards wishing me well. I really appreciate them, I read them all and I think they’re mega. So thanks for them.

“I don’t remember anything about the crash after headbutting the ground, but the Dainese and AGV stuff I was racing in was bloody brilliant. The leathers were cut off me, but there weren’t many scuffs on them. I headbutted the ground at 130mph, then skidded into a dirt field and catapulted off a few things. The impact I hit the ground with was massive. I was knocked out, but it’s a credit to that helmet that I didn’t suffer any damage other than a badly bloodshot eye. There are no rubbish helmets any more really, but I wouldn’t have wanted to be wearing anything other than my AGV.

“I’ve broken some vertebrae, but I’ve got to say the Dainese back protector did its job. It has a honeycomb aluminium core that was crushed by the impact, which is what’s supposed to happen, and it’s making funny noise if you flex it, but I crashed on Thursday night, I was operated on Friday afternoon and walking Saturday morning. I was in the shed the following Thursday. That back protector genuinely saved my bloody life.

“I might have come around at the trackside, because the marshals told people I was spouting the usual gibberish. I properly woke up in hospital. Then it was all the usual questions, Where are you sore? Does this hurt? I was in Belfast Royal and I’ve never been more impressed by a hospital than I was by that place, all the staff were great.

“I broke five vertebrae, but they bolted six together, from T4 to T10, because two are unstable, meaning there’s a chance they could move and damage my spinal column. They had to rod my spine because I broke my sternum too. Normally the front will hold the back together or the back will hold the front, but I had broken both front and back. My sternum is cracked straight down the middle, but that’s only cartilage so they don’t do anything to try repair it. I broke five ribs and two metacarpals in right hand, too, and my hand’s been plated.

“I’ve been back at work a while, but I’m struggling with everything. Sharon, my other-half, thought I was an idiot for trying to go back to work so soon, but I’d spent nearly a week at home, and I had to do something. Now she admits that me going to work has moved me on loads, mentally and physically. There’s no better physio than working on trucks and I know when I’m doing too much, I’m not planning to do anything that puts the recovery back.

“The surgeon had to move my shoulder blade muscles to get the metalwork in, then fasten them all on again. That’s what’s causing the most bother, the muscle not the broken bones. A lot of my work involves having my hands above my head, in the pit working on a truck above me, but I’m alright as long as I don’t overdo it. If it gets too much Moody or Belty give me a hand and I’m getting stronger everyday.

“Having a few days off work gave me time to think about what I want to do, and realise all things that have had to go on hold. I still want to race, but I’m not going to rush into deciding what or where I’m going to race.

“So thanks again for all the best wishes and all the messages. Cheers.”